War with the Dragon Riders

The Warlords took control of the Northern Alliance following the defeat of Drago Bludvist, and have profited by poaching dragons in a similar manner as the Dragon Hunters.

One year following the defeat of Drago Bludvist, the Warlords who captured dragons in an attempt to build a dragon army suffered enormous losses due to constant raids by the Dragon Riders. After accepting their most recent shipment of only one dragon, they decided to hire famed dragon hunter and slayer of Night Furies, Grimmel the Grisly, to capture Toothless, the Alpha Dragon of Berk in order to control all dragons.

When Grimmel revealed that he intended to kill Toothless himself instead of giving him to the Warlords, they soon found themselves in a battle against the Dragon Riders. Ragnar is last seen being chased away by a flock of Hobgobblers, while Chaghatai and Griselda got locked in a cage when two of their ships collapsed on each other. Their fate remains unknown.

In the concomitant events of School of Dragons, the Warlords built a large camp on Glacier Island. While waiting for reinforcements, they were attacked by both the Dragon Riders and Nikora Stormheart's forces. However, the latter fled the battle almost as soon as they arrived and the Warlords managed to defeat the Dragon Riders with the help of Grimmel. 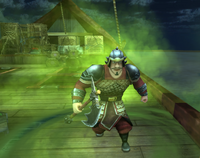 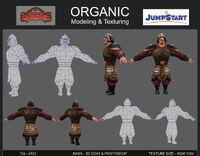 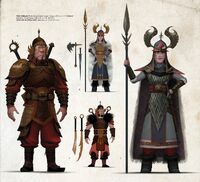