A Venus Flytrap is seen in the game, School of Dragons.

In the DreamWorks Dragons Franchise, Venus Flytraps are portrayed as a huge plant capable of snapping up a whole sheep. In reality, the Venus Flytrap, while indeed carnivorous, is a very small plant that traps spiders and insects that crawl on the ground. Typical meals include spiders, beetles, ants, and grasshoppers. Only a small amount of flying insects such as flies are caught.

Venus Flytraps (Dionaea muscipula) do photosynthesize as other plants do, but because they live in areas with very nutrient-poor soils, they rely on trapping and digesting insects to obtain nutrients, including phosphorous and nitrogen. The traps consist of two highly specialized leaves with "teeth" along the edges, and a sticky pink-red interior. There are three sensory hairs which must be tripped off a certain number of times to signify that a living creature has been trapped. The two lobes close in on the prey and seal such, then release digestive enzymes for about 10 or so days.

In the Franchise, there is no function for the Venus flytrap, other than educational purposes to demonstrate information about invasive species.

In reality, Venus flytraps are grown as houseplants and novelties. There has been some use as an herbal remedy for various ailments, but there has been no scientific data on the efficacy.

In the player Quest, "Case of the Lost Sheep", the player must find Bucket's missing sheep. The player finds it in the Wilderness in the jaws of a giant Venus Flytrap. 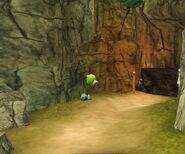 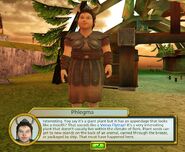 Retrieved from "https://howtotrainyourdragon.fandom.com/wiki/Venus_Flytrap?oldid=397197"
Community content is available under CC-BY-SA unless otherwise noted.