The Veil of Mists is a location in the Barbaric Archipelago. It is featured prominently in "Dangers of the Deep" when the adults of the Hairy Hooligan Tribe sail here after an extreme fish shortage on the Isle of Berk.

This area is said to be cursed by Vikings, due to the area being shrouded in grey mist and fog. The winds there are strong, but often turn to mist, and the currents unpredictable.

During the events of "Dangers of the Deep", the adults on Berk head to the Veil of Mists to search for the fish that were being deterred from Berk. They were stalked by the Submaripper, but Astrid managed to arrive in time and scare it off. 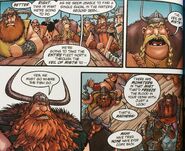 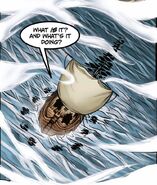 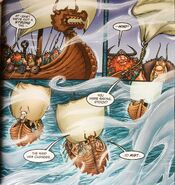 Retrieved from "https://howtotrainyourdragon.fandom.com/wiki/Veil_of_Mists?oldid=513317"
Community content is available under CC-BY-SA unless otherwise noted.