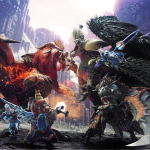 Hellow dear fans of the How to Train Your Dragon Wiki. I will present my story about how I feel the experience of the follow years to see me as a fan and a help for this only wiki despite the posibility of dying of this wikia after complete the page of Hidden World.

My name is Knut Leif and I am an ordinary member of the Hairy Hooligan tribe, I just say that since we made peace with dragons, life on Berk is more safe and the villagers can forgot what pesky things dragons did in the past to us! So I will told my story about how me an unexperienced warrior became together with my sister, which I'll introduce later will change our life forever....... It's hard to remember from where I can begin... it took me 10 years to adapt to a new life but I'M NOT SPOILLING nothing from this dangerous and outrageous life that can take care of your destiny in a flash just my ordinary fate........ I'M INTRODUCING myself as a Viking who lived on Berk, one of the many Islands LOCATED ON THE BARBARIC ARCHIPELAGO. Stoick's lil' emberrasment made many things but I couldn't accept for many years the presence of dragons so I was banished cuz' I tried to catch some trophies to complete my house with dragon skulls. But everything was in vain and I was banished instantly for my actions, but I forgot Hiccup for the blame that he brings me... I've heard that he's the new chief and after so many years he call me back to home because all Berkians leave their homes to save OUR DRAGONS!

Let's begin with the preparations that I made to leave imediately before Chief will gunna hear from the little lamb:HICCUP. After I heard Toothless trapped in my trap I START to wondering what's gunna happen next considering the fact that I run in front of that little rat who loved dragons so much. I talked to my sister about incident and said me to go to ask Gothi for helping me with an advise about my life:Gothi is another one of the elders on the Isle of Berk. She is a wise old woman who is revered by those in the Viking village. ... She is trusted by the tribe to make important decisions, although she rarely speaks. Rather, she communicates through gestures and writing in the ground with her trusty wooden staff, which she uses to get around. I'm starting to doubt my sister's choice because  the rumors said that Gothi can tell when you will die by looking at your tongue. So first I tried to pay her with some eggs to not tell this day to Stoick about what I've done so he said to become an Outcast and said that I was ust like before Stoick but with an old mind. I can't say that she isn't right, that wise woman see through my eyes anger and pain and she tryesto tell me that time will never change who I am but the Dragons have something spcial that Ishould discover, but I have to prepare imediately for what is coming.The way of leaving is just being an Outtcast for a day until I left Berk safely so I begin to steal every scrap of metal,gold and wood. My sister pretends to die in that day so he asks some neighbours to help her in the last wisher of a young woman that doesn't invlove yet in any war. My parents told me to take care of the house and my little sister that should remain innocent and strong to grew until she learn the painless things about life. SO we took everything we can but mostly food, which, I can think we have for for six months for the journey. Gobber did some weapons for my sister's funeral as a good citizen of Berk and so on... Ijust hope that everyone will forget me so I can lave without leaving scars on someone's soul as a friend or neighbour. Everything it's set for leaving except one thing- a good drakarr to travel far north away from the known waters and a map- considering this things we stolen from treasury some gold and to go night to steal a boat.
Retrieved from "https://howtotrainyourdragon.fandom.com/wiki/User:Youngtrainer?oldid=587031"
Community content is available under CC-BY-SA unless otherwise noted.