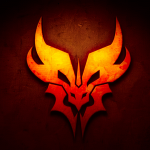 My name is Narendra, and I grew up with the story, the characters, and the dragons of the franchise, for they all play a substantial influence that shaped much of my identity and life.

I’m also still waiting for the official names and classes of the four unnamed dragon species that first appeared in the second film. I have guesses when it comes to the classes based on their physical traits.

Retrieved from "https://howtotrainyourdragon.fandom.com/wiki/User:NarendraMartosudarmo?oldid=400593"
Community content is available under CC-BY-SA unless otherwise noted.