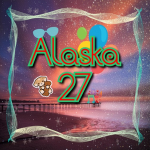 1 of 14
Add photo
Nuffink has to be one of my favourite characters. 🥰

Stoick was a great chief. A great best friend. A great husband. But most importantly, he was a great father. I will never forget you, Stoick. 😔💖

I am a proud HTTYD fan that has supported the series since 2011. Some of my hobbies include; sketching ✏️, playing touch football 🏉, talking to my friends 🗣, writing fan fictions 📝 and continuing to cry because HTTYD is close to ending. 😖 BUT! There is still hope with the upcoming Snoggletog special! 😃

I've been a fan of K-pop for quite a bit and thought, "why not add it onto my profile page?". Now, I know many of you may not necessarily like K-pop bands but if you ever do somehow start loving them, I recommend Blackpink (BLINKs in your area!), BTS (ARMY! I purple you! 💜), Tomorrow X Together (one, dream! MOA!!! ➕✖️➕), GOT7 (iGOT7 and AhGaSe here!), Twice (one in a million, Twice trash Alaska) and Red Velvet (ReVeluv Alaska is here to eat your ice-cream cake!). Not that anyone cares but my favourite members from each group are Rosé (Blackpink), Taehyung (BTS), Taehyun (TXT), Mark (GOT7), Tzuyu (Twice) and Joy (Red Velvet). I stan (support) these groups and you should too.

Everything Anyone's Ever Called Me:

I really like dogs 🐶, parties 🎉, archery 🎯, music 🎧, gaming 🎮, pancakes 🥞 and emojis 😜 (as you can tell). I currently plan on being an interior designer and part-time photographer. 📷

Along with HTTYD, I also support High School Musical and Descendants...
My dear Cameron, you were and will always be the golden gem of Disney. You were an inspiration to us all. There was nothing you couldn’t do. Rest in peace. 💗😭😖😰😪

My favourite characters are Nuffink, Tuffnut, Ruffnut, Valka Stoick and Hiccup. Nuffink is really cute 😍, the twins never cease to entertain me 😂, Valka gives me that “powerful woman” vibe 💪🏼, Stoick was just an incredible viking 😣 and Hiccup... You gotta love the kid. ❤️

Along with quite a few other people, Hicctooth is what got me interested in the franchise. It broke my heart when I saw Toothless leave Hiccup in the third film but on the positive side, he was the one who gave Hiccup a hug! 🥺💝 Long live Hiccup and Toothless! 😪

My honest opinion about this wiki:

It's an amazing place! I've been a user on here for quite a while now and I've had a blast! I've learnt a lot of things I didn't know before. 🧠 Not to mention that the admins and users are really nice as well. 😊 And that there's lots and lots of amazing fan art 🎨 and fan fictions. 📝 I'm happy I took those ten minutes to search up if Mudrakers were in Boulder Class because if I hadn't, I wouldn't be here right now talking about it.

P.S. Sorry for constantly changing my profile. 😂 I promise I will keep this profile page for a long time because I actually really like it. Organised and simple yet affetive.

Below, are my older profile pages. #1 will be the oldest version.

Retrieved from "https://howtotrainyourdragon.fandom.com/wiki/User:Alaska_27?oldid=468357"
Community content is available under CC-BY-SA unless otherwise noted.