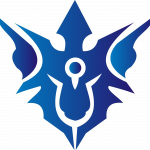 On this page, is everything HTTYD-related about me. Below are my favourites, my achievements and goals for HTTYD stuff, and a bit about me. There's also some stuff about HTTYD: THW, which I added to I could reference later.

If you know me well enough, you know this.

Part of the DWAT Community

A Vice-President of the Dub Branded Merch Company

A member of the Dragons: Wiki Auxillary Team (DWAT)

A writer in the HTTYD: Fanfic Descendents Story written on this wiki

The Owner of the DWAT Wiki

Favourite Quote: "You know, they say competition is the very essence of life itself."

I'm usually pretty active on the discussion posts and am a bit of a debater, strong to my points.

I've also been contributing to editing, expanding and proof-checking pages. My hint is that if you have Grammarly, use it to proof-check the major pages. The creators of these pages put a lot of effort in these pages but usually have a few spelling or grammar errors. This is an easy way to help to the wiki and make, especially the major pages, more formalised.

Below are my goals, what I've completed and my favourites on topics.

What I've Done in the HTTYD Universe

What I Want To Do in the HTTYD Universe

My Incomplete list of Favourite 'Side Plots' in RTTE

My favourite Quotes in RTTE

Hiccup: "Maybe. But I was only duped for half as long as you were. So what does that make you?"

If You're Leaving the Fandom

A young user walks up to the lectern. He was young and inexperienced, yet he had a duty. He looked forth, over the assembled users of this fandom, into the nametags of every person in the discussion post, and began what he'd come here for.

"Everyone remember this day. We must stay strong, and true to our hearts. We shall commemorate the loss of one of our fellow comrades, we shall never forget her. Every month, every year after this day we shall send a discussion post in her honour.
Rest in peace Isabelator, 28th July 2018. We shall remember you."

The user, who is only known as AWESOME512345, gazes at the user-in-question's crying family, in the crowd in front of him. Her family of dragonites, of users, of friends. He held back tears. He had to stay strong for the fandom, for the wiki.

"We must stay strong, in these following dark days. We mustn't fall into despair but rise beyond our lost ones. We must continue to thrive and continue to grow, continue to protect the precious wiki in which we have been entrusted, as one community. We may have lost one of our best today, but we can't let this damage us. We need to do this in her name. FOR <insert name here>!"

"FOR <insert name here>!!!" shouted the crowd in unison. The fandom, the family. As one.

Someone in the crowd let out a Berserker cry and the crowd went wild. Axes and swords were thrown anywhere, in replacement of hats. Dragons roared from the doors of the Mead Hall, stamping their feet loudly on the concrete floors. Everyone cheered, roared or cried. This was how we avenged our loss. I took a deep breath, steadying my breathing once more, and stood in front of the microphone for two last words.

I believe HTTYD4 would be a 'descendants' storyline. It would be a female lead (probably) in the modern generation, where the dragons hidden in the hidden world are rediscovered. The people of Berk have myths and a great history with the mythical dragons, and maybe a map or a secret only known to the direct Haddock line is rediscovered, to re-find dragons.

And the main conflict would be a corporate type villain, or explorer discovers the hidden world, and tries to weaponise them, control them. So as the team of young teens escape Berk following a map and the lead the only person believing dragons, the group discovers the hidden world, and the secrets within. They train dragons, maybe there's new dragons that have evolved over the centuries as well, and then they find the antagonist there. Maybe sometime throughout this movie (or another movie after) the world discovers dragons, and world organisations try to 'secure' the location or 'eliminate' the threats, so it's up to the group of kids to protect the secret of dragons.

My favourite possible endings of HTTYD 3

I Need a new Profile Pic

This is my signature.

This user is awesome and proud of himself for discovering the "This user..." templates.

Retrieved from "https://howtotrainyourdragon.fandom.com/wiki/User:AWESOME512345?oldid=417287"
Community content is available under CC-BY-SA unless otherwise noted.