How to Train Your Dragon Wiki
Register
Don't have an account?
Sign In
Advertisement
in: Media, Comics, Spin-Off/Related Books,
and 2 more

"The Endless Night" is the first volume of the Dragons: Defenders of Berk Comics, and the seventh comic based on the TV show, published by Titan Comics.

Hiccup and Astrid are on patrol when they see a man tied to a ship about to sail towards some sharp rocks. They save the man and bring him to the great hall. The man is shown to have a Sigil of Thunderhead Bay, old enemies of Berk since the Vallhala Wars. The man stuttering about how Skuld the Sorceress is coming to bring the Endless Night, and nobody belives him. Suddenly, Skuld appers and seemingly brings on the Endless Night. Everyone is in a panic as they enter the Great Hall. The man introduces himself as Flem, and explains that he is the last of the Thunderhead tribe, after the entire population of Thunderheads seemingly disappered after the Endless Night was cast upon them. 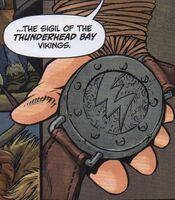 Sigil of the Thunderhead Bay Vikings 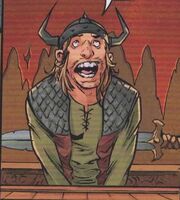 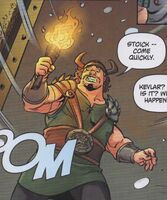 Snorre the Vast, Chief of the Thunderhead Tribe. 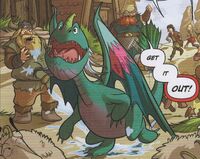 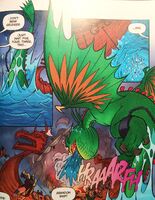 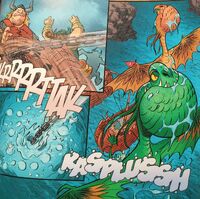