Target Sheep are a group of sheep with targets painted onto their sides, seen in multiple media within the DreamWorks Dragons Franchise.

At some point between the events of Dawn of the Dragon Racers and How to Train Your Dragon 2, the sport of Dragon Racing was modified to specify which Sheep amongst many were the 'targets' of the game. Presumably these sheep who were selected were those least afraid and used to being around and handled by dragons. These designated Target Sheep are tracked down and grabbed up by dragons participating in the game, to earn a certain number of points.

Dragons: Titan Uprising also indicates that Target Sheep can be used as target practice for a dragon's breath ability.

Target Sheep are ordinary-appearing sheep, typically ones with white wool, though occasionally a Black Sheep is used. A variety of colored paints are used to paint a symbol on both flanks so that they stand out from other sheep. Typically concentric-ringed bullseye pattern is used, but in Dragons: Titan Uprising, five different geometric shapes each with a different color can be used. 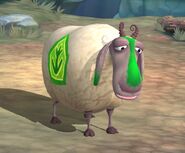 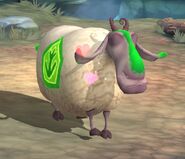 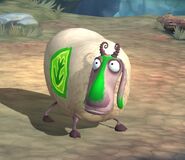 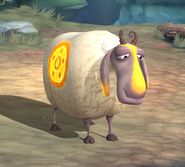 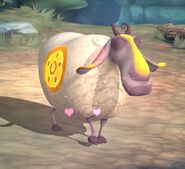 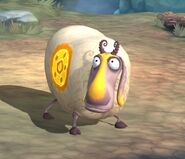 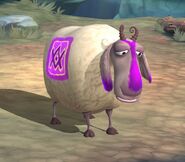 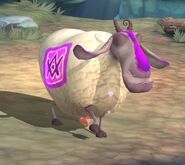 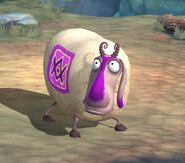 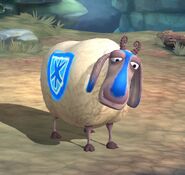 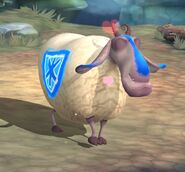 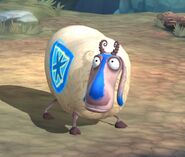 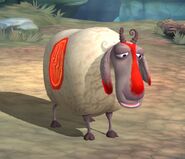 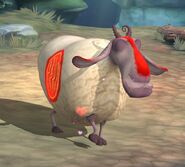 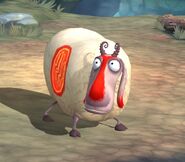 Retrieved from "https://howtotrainyourdragon.fandom.com/wiki/Target_Sheep?oldid=566263"
Community content is available under CC-BY-SA unless otherwise noted.