Sweetcicle is a Groncicle that first appeared in Dragons: Rise of Berk.

Sweetcicle is a typical Groncicle, but has rainbow colors. Its head is pink, its neck is red, the front half of his body is orange, the other half and part of its tail is yellow, the rest of its tail is light green, its legs are pale blue and its wings are orange combined with yellow, red and white. 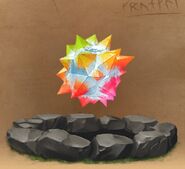 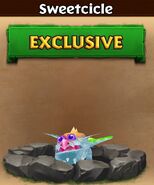 Retrieved from "https://howtotrainyourdragon.fandom.com/wiki/Sweetcicle?oldid=531131"
Community content is available under CC-BY-SA unless otherwise noted.