The Sweet Wraith looks exactly like the Sand Wraith, but it is bright magenta in color with darker spots on its wings and purple stripes on some parts of its body. While the Sand Wraith and the Desert Wraith are medium-sized dragons, when placed in Dragons: Rise of Berk the Sweet Wraith is noticeably much smaller, even smaller then a Viking, in overall size only a bit larger then a Night Terror. 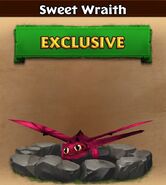 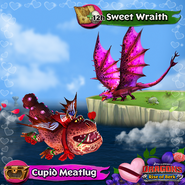 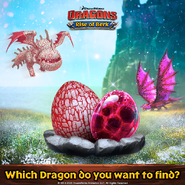 Retrieved from "https://howtotrainyourdragon.fandom.com/wiki/Sweet_Wraith?oldid=773621"
Community content is available under CC-BY-SA unless otherwise noted.