Sturmundrang is a male Thunderclaw appearing in the game, Dragons: Titan Uprising.

The Sturmundrang is predominantly red which shades into orange and then cream moving down to the belly. There are cloud leopard-like spots of dark red speckling the body, as well as dark red patches on t he wings. In contrast to the red body, the Sturmundrang has vivid sky blue eyes. 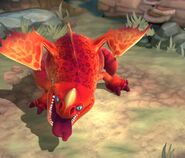 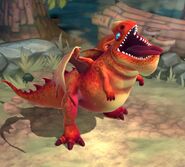 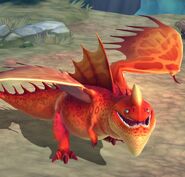 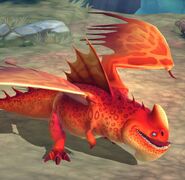 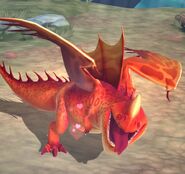 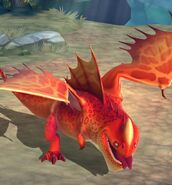 Retrieved from "https://howtotrainyourdragon.fandom.com/wiki/Sturmundrang?oldid=570646"
Community content is available under CC-BY-SA unless otherwise noted.