"How to Train Your Dragon (game)"

Stuffnut appeared in the Game, How to Train Your Dragon for the Nintendo DS, 360, and Wii.

About a year after the defeat of the Red Death, Chief Stoick sets up a tournament to showcase dragon training. Part of the preparation for the Tournament is for the contenders to go into Berk's Forest and bring back a Shield from the Shield Tree. Many of the teenagers of the village are bickering and fighting. 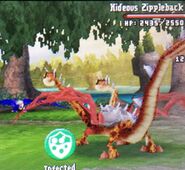 Stuffnut's unnamed Dragon
Add a photo to this gallery

Retrieved from "https://howtotrainyourdragon.fandom.com/wiki/Stuffnut?oldid=375481"
Community content is available under CC-BY-SA unless otherwise noted.