Stokehead is a Timberjack who debuted in the game School of Dragons, then later appeared in Dragons: Rise of Berk

Stokehead is a reddish-brown Timberjack who otherwise looks similar to a regular Timberjack.

Stokehead is a playful dragon who loves a good race through the forests of Berk. This is because, as a Timberjack, his wings' razor-sharp edges can cut through trees like a guillotine, allowing him to cut a quick path through the forest to finish the race before any of his competitors do.

Stokehead is a dragon appearing in the "Flight Club" activity for players. The player can choose to ride Stokehead in various locations to practice flying and racing.

Stokehead was released in 2014 as a Unique dragon only available for special occasions. 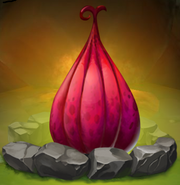 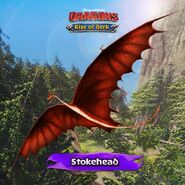 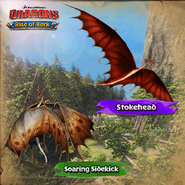 Retrieved from "https://howtotrainyourdragon.fandom.com/wiki/Stokehead?oldid=570642"
Community content is available under CC-BY-SA unless otherwise noted.