Stoick is a male Singetail who first appeared in "The Wings of War, Part 2".

When Hiccup came to Storehouse Island to learn more about Singetails in "The Wings of War, Part 2", he met Spitelout who was also on the island for revenge. He introduced all the Singetails to Hiccup, including Stoick who was sleeping and didn't notice the Vikings.

Stoick is an orangey-yellow Singetail with red spots on his body.

The dragon called Stoick rests so soundly that he doesn't move from his spot even when the two Vikings were talking near him or when Spitelout was laying back on him Hiccup thought his name might be 'Naplout'. 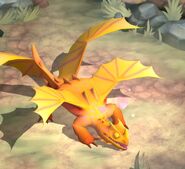 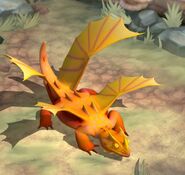 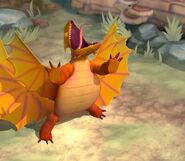 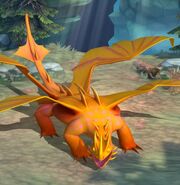 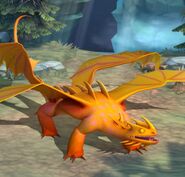 Retrieved from "https://howtotrainyourdragon.fandom.com/wiki/Stoick_(dragon)?oldid=531121"
Community content is available under CC-BY-SA unless otherwise noted.