Steam-spewer is a Scauldron that appears in the game Dragons: Rise of Berk.

Steam-spewer is white and light gray, with a chocolate-brown underbelly. It has a long twisted brown stripe starting from its snout and ending on its tail that is reminiscent of the icing on top of a cake. Its eyes are yellow. 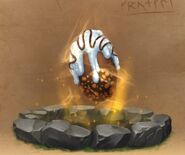 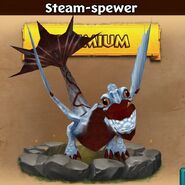 Retrieved from "https://howtotrainyourdragon.fandom.com/wiki/Steam-spewer?oldid=424189"
Community content is available under CC-BY-SA unless otherwise noted.