Starfish is a marine animal that has a minor appearance in the DreamWorks Dragons Franchise.

Starfish is an invertebrate of the class Asteroidea. They can live from the surface of the water during tides to 6,000 meters (20,000 feet). Most starfish have 5 arms but there are others that can have up to 40 arms.

The starfish seen in School of Dragons is a Common starfish (Asterias rubens). The common starfish has five medium-sized arms. They are usually orange with small white spines.

While there is no function for the starfish in the franchise, in the real life they can be kept as ornaments or even be eaten if prepared correctly.

The starfish appears briefly in this game during the quest Gross Cool Things. In this quest, Ruffnut and Tuffnut talk about some marine wild life, including the starfish.

Starfish also appear on a sunken ship in concept art released in August 2017 for the Expansion "Rise of Stormheart", as well as several places in the released Expansion.

The starfish is an item that can be found while searching with Toothless and can be used for completing collections. 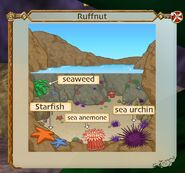 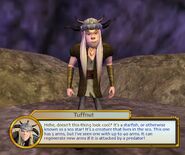 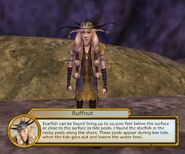 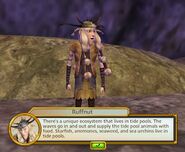 Concept Art from School of Dragons 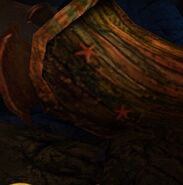 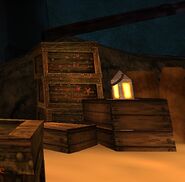