Sparklestank is a Gobsucker that appears in Dragons: Rise of Berk. This dragon was able to be achieved after completing the special event, the Gauntlet: The Morning After, in January 2018.

Sparklestank is mainly light blue, with black stripes on its back and legs. Its tail is black. It has a blue stripe around its neck, similar to a collar. Its eyes are yellow. 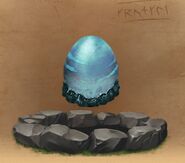 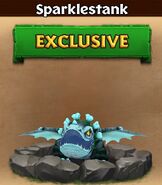 Retrieved from "https://howtotrainyourdragon.fandom.com/wiki/Sparklestank?oldid=598266"
Community content is available under CC-BY-SA unless otherwise noted.