How to Train Your Dragon Wiki
Register
Don't have an account?
Sign In
Advertisement
in: Dragons, Dragon Species from the Franchise, Strike Class,
and 3 more

Shades of Green, Orange, Scarlet and Brown with Darker Stripes and White Spots

The Songwing[1][2] is a large Strike Class dragon, that first appeared on Hiccup's Map in How to Train Your Dragon 2.

The Songwing is a relatively large dragon, that comes in a variety of colors including green, orange, scarlet and brown. Its head greatly resembles that of a Fireworm. Their body is small and stocky, with two small hind legs. Its wings have a pattern similar to that of a Death Song, consisting of stripes centered around the body, and several white spots along the outer edge. Their overall appearance is very similar to that of the Timberjack and Death Song, but with a more butterfly-like stature.

In a single piece of concept art done for How to Train Your Dragon 2, two Songwings are depicted with straight, concentrated streams coming out from their mouths. The exact nature of this breath weapon is unknown, but it appears to be either white or orange in color.

As the Death Song was a reimagination of the Songwing, it is highly probable that Songwings also possess a hypnotic song that is used to lure in unsuspecting prey. However, this is currently unconfirmed.

Not much is known about the Songwing's personality, but they are extremely dangerous dragons, having been described as "killing everybody". This would mean they share, or at least have a very similar personality to the Death Song.

In “Imperfect Harmony”, after the Dragon Riders came across the Death Song, Fishlegs suggested naming the dragon 'Songwing', as a nod to this dragon, but they later decided to name it 'Death Song' instead, as Tuffnut suggested.

The Songwing has never made a physical appearance in the franchise, but it can be spotted on Hiccup's Map as a dragon he discovered during his journeys, and on one of Fishlegs' Dragon Cards.

The Songwing also appeared as a drawing in the How to Train Your Dragon 2 Blu-ray Extra, Fishlegs' Dragon Stats.

To the left, towards the middle

From concept art for Dragon 2 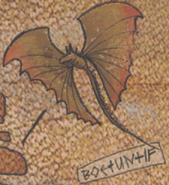 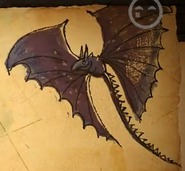 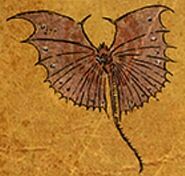