Snifflestone is a Snifflehunch that appears in the game Dragons: Rise of Berk.

Snifflestone is dark magenta with yellow spots surrounded by blue circles on his back, wings and tail. His horn and the spines on his back are blue, with green and yellow stripes. His wing claws are blue while the rest of his claws are yellow. His eyes are light green. 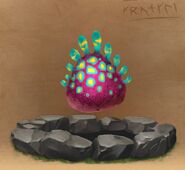 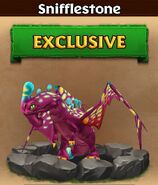 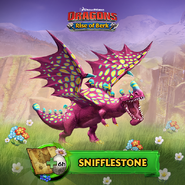 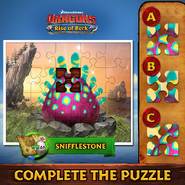 Retrieved from "https://howtotrainyourdragon.fandom.com/wiki/Snifflestone?oldid=531091"
Community content is available under CC-BY-SA unless otherwise noted.