How to Train Your Dragon Wiki
Register
Don't have an account?
Sign In
Advertisement
in: Animals, School of Dragons, Dragons: Rise of Berk,
and 3 more

Snakes are legless reptiles that are only mentioned in DreamWorks Dragons franchise.

Snakes are reptiles belonging to the Suborder Serpentes. They have no legs and are thought to have evolved from burrowing lizards. Snakes are also known for their "unhingable" jaw, which allows them to swallow prey much larger than their heads, like small mammals, birds, reptiles, eggs, and insects. Many snake species are also able to inject venom through their fangs, which can fold down in the mouth when not in use. Venom is actually modified saliva used in hunting and in defense. The potency of venom varies greatly between species from a minor irritant to deadly to humans. Sea snakes have the most deadly venom in the world.

There is no current function for the snake in DreamWorks Dragons universe, except to be used by Tuffnut as pranks.

In reality, snakes can be eaten by humans, used for their skins, and even kept as pets, such as the Ball Python and Corn Snake. Snake venom is used in medical research, as well as formulating antivenom treatment to counteract a poisonous snake bite.

Snakes are mentioned in "Portrait of Hiccup as a Buff Man" as the Riders have to look for a rock shaped like one and as Snotlout looks up at the clouds.

In the episode, "Dragon Flower", Fishlegs hypothesizes that Scauldron venom might be used in the same way that snake venom is.

When the Dragon Riders search for an island to set up a new outpost in "When Darkness Falls", they arrive on Dragon's Edge. Tuffnut believes there is something sinister lurking on the island after dark, and discusses what that might be. Ultimately, the dragon riders discover that it is the resident Night Terrors.

Tuffnut is bitten by an unknown creature in "Bad Moon Rising". Ruffnut uses Snotlout to test out different animal bites.

In "Shock and Awe", when Fishlegs and the other riders search for a mysterious creture, Astrid asks him about what he saw.

During Loki Day in "Shock and Awe", Tuffnut pranks Ruffnut by digging a hole and putting a snake inside it. After falling in it, Ruff is bitten by the snake.

In "No Dragon Left Behind", the Slitherwing Dragons were mistakes as snakes by Fishlegs and when the Slitherwings show there wings, Hiccup mentioned that those are not snakes.

Griselda the Grevious called Grimmel the Grisly a snake when the latter reneged on their deal by intending to kill Toothless for himself.

In "Treasure Riders", Waldondo del Mundo mentioned that he once lived in a snake pit for a year.

An image with a snake appears in Loki's Mirage during the part Food Chain.

Snakes are mentioned in the quest "The Return of the Dreadfall". Tuffnut says that he once put a nest of snakes in Snotlout's bed.

Snakes are also mentioned in the quest "The Wolves Are Coming!" as a food source of the Wild Boars.

Snakes are mentioned by Hiccup in the quest "The Newest Dragon Eye Lens", which is part of the "Call of the Death Song".

Eret mentions snakes again in the expansion Return to Dragon Island while going to Auction Island.

In the Hidden World Expansion, Astrid refers to Harald Forkbeard as a snake on at least two occasions.

A metal man-made snake is an object that you can get from Trader Johann in order to complete collections.

Rattlesnakes are mentioned in Syringaca's description.

Vipers are mentioned in the name of Viperswish.

Snotlout calls Harald a snake too.

In a communication with the Entertainment News Site, Empire Online, DreamWorks Animation character designer Simon Otto, describes Barf and Belch (and by extension, the Hideous Zippleback species) as being "influenced by cobras in the way their head and tail movements are fluid and mesmerising, but they walk more like horned lizards or komodo dragons."

Simon Otto states that "Nightmares also have snake-like attributes in their behavior."

According to Simon Otto, Toothless (and perhaps the Night Fury species, was inspired by multiple animals, including snakes: "His [Toothless'] personality, appearance and behavior is a mix between a horse, wombat, kangaroo, bat, snake, dog, cat, panther and a bird of prey."

This Mystery Class dragon is based off some species of venomous snakes. 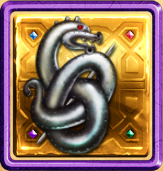 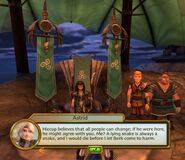 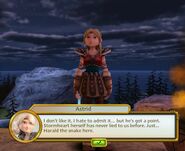