Smog-bomber is a Large Shadow Wing that appears in the game Dragons: Rise of Berk.

Smog-bomber is navy blue, with a pale grey underbelly and legs. It has dark purple wings, spines and feet, as well as a large stripe on each side of its body. It has two white glowing spots on each side of its mouth, and two more on its wings. Its eyes are also glowing white. 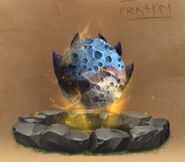 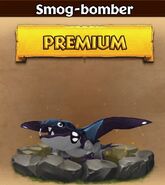 Retrieved from "https://howtotrainyourdragon.fandom.com/wiki/Smog-bomber?oldid=531084"
Community content is available under CC-BY-SA unless otherwise noted.