How to Train Your Dragon Wiki
Register
Don't have an account?
Sign In
Advertisement
in: Dragons, Characters, Dragon Characters from the Franchise,
and 7 more

School of Dragons
(Curse of the Hobgobbler)

The Smitten Hobgobbler is a male Hobgobbler appearing in the game, School of Dragons in the expansion "Curse of the Hobgobbler".

Imprinting on a Viking

The Smitten Hobgobbler has almost albino-like coloration, compared to typically-colored Hobgobblers. It scales are an off white color with gray markings around its eyes and on its body. The eyes are a hot pink with horizontal, oval pupils. The Smitten Hobgobbler's glowing colors in the Hidden World are a riot of yellow and pink.

After the player and the Smitten Hobgobbler bond, the player can choose the gender and color of this dragon. 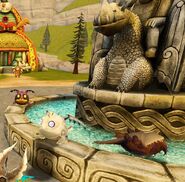 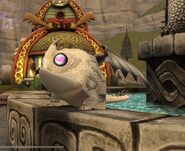 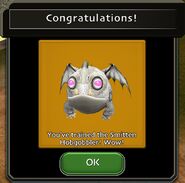 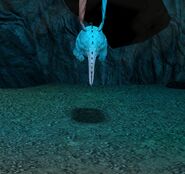 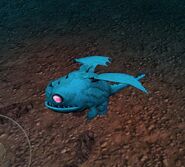 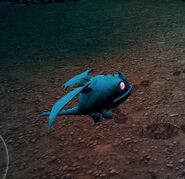 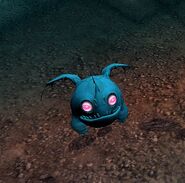