Simon Otto is from Switzerland and grew up in a town outside Zurich. He started his art career by creating snow sculptures commercially. He started his education in banking, but soon turned back to art and attended the F&F Schule fuer Experimentelle Gestaltung in Zurich.

Simon Otto joined DreamWorks in 1997 and worked on his first animated film, The Prince of Egypt. He worked as a Supervising Animator for both 2D and CG animated films, including Spirit: Stallion of the Cimarron, Flushed Away and Over the Hedge. He won a VES Award in 2011 for 'Outstanding Animation in an Animated Feature Motion Picture' for How to Train Your Dragon. 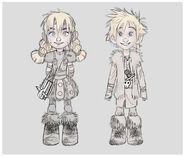