Red with orange and yellow

The Shellfire is a gigantic Tidal Class dragon that first appeared in Dragons: Race to the Edge.

As a Titan Wing, the Shellfire is one of the largest dragons to appear in the series. It has two long and slightly curved horns on the sides of its head, a smaller horn on its nose, relatively long wings that do not appear to be broad enough to enable flight, and a rough dorsal protective shell. Overall, the Shellfire roughly resembles a trilobite and a horseshoe crab combined, with overlapping segmented scales covering its body, forming a carapace-like armor. The dragon has four stubby legs and a pair of unique fan-shaped wings, used mainly for swimming.

Shellfires are capable of shooting a series of large plasma-charged boulders in a high trajectory that has a range of over a mile. These projectiles can be fired in rapid succession like a mortar and hit like bombshells. The projectiles whistle as they fly by before exploding once they hit their target. Their firepower most likely functions underwater as well, seeing as they are plasma charges, similar to that of the Night Fury, whose plasma blasts also function underwater. The Shellfire is extremely accurate with these, as seen when one of the charges activates the volcano.

Shellfires have proven to be strong enough to carry the weight of an entire ship made entirely of dragon-proof metal tightly strapped on its back, as well as a large crew of Dragon Hunters with little to no effort.

Whilst in combat Shellfires use their massive body, combined with their weight and raw strength to slam against opponents, utilizing their carapace like armor and ridged spines as a defense. Although not shown on screen, Shellfires most likely use their nasal and cranial horns to ram and spar against opponents.

Shellfires have shown proficiency in combat against both Viking and dragon alike, as shown when it repeatedly used hit-and-run tactics against the Dragon Riders to avoid being seen, and when it effortlessly defended itself against the Submaripper's blows, mostly utilizing its upper hand in size and armor to prevent any damage, and later speed and deep-diving abilities to retreat once freed.

The Shellfire's armored carapace is so durable and resistant that it enables it to endure almost anything, even numerous blows from its natural enemy the Submaripper, showing no signs of injury, only slight irritation.

Shellfires are also able to effortlessly travel long distances, as seen when Viggo's Shellfire traveled from island to island easily, showing no signs of fatigue when it was under the control of Ryker Grimborn and the Dragon Hunters.

Shellfires is a very fast swimmer, as seen in the episode, "Shell Shocked, Part 2", when Viggo's Shellfire was able to dive and accelerate so quickly that it repeatedly avoided being seen by pursuing Dragon Riders, and, on one occasion, disappeared into the depths of the ocean so quickly a diving Hiccup Haddock and Toothless barely managed to catch a glimpse of the dragon before it vanished. Although fast, the Shellfire was shown struggling against the smaller but more agile Submaripper, mainly due to the Shellfire's size and overlapping carapace scales leaving little room for sudden movements, although also because it didn't want to fight.

As Tidal Class dragons, Shellfires can stay submerged underwater for extremely long periods of time and are perfectly capable of hunting just about anything at extreme depths.

When threatened, Shellfires will expel red algae from their gills that temporarily blinds and sickens their attackers.

The Shellfire's massive size, durable carapace-like armor, and deep-dwelling capabilities enable it to endure mostly anything, though due to their timid whale-like nature they tend to escape fights and avoid struggles, rendering them relatively easy to capture and exploit, such as when one individual was captured and exploited by Viggo Grimborn and Ryker Grimborn in their conflict with Hiccup and the Dragon Riders.

The Shellfire's tendency to escape confrontations also enables Submarippers, their natural enemies, to often win skirmishes between the two species.

As massive Tidal Class dragons, Shellfires prefer the depths of the oceans to abide and hunt, and like Seashockers and Scauldrons, they rarely rise to the surface. When they do surface however, their massive armored backs are often mistaken for landmasses and used by seafaring Vikings to dock their ships on their travels, only for the disturbed Shellfires to dive beneath the waves sinking what's on their backs with them, never to be seen again.

Shellfires are quite shy and timid by nature, preferring to avoid most battles thus relying mostly on their massive sizes, armored carapaces and the unheard of depths they call home to fend off most attacks, even from humans and their natural enemies, the Submarippers. However, if moved to battle, they have massive cranial and nasal horns, insane amounts of raw strength, powerful limbs, and boulder-sized plasma charges they can fire like mortars to put up quite the fight.

It is unknown if Shellfires can fly, as so far no individuals have been observed airborne, though judging by their sheer size and weight, comparatively small wings, and poor aerodynamic build, it is highly unlikely. Also, although undetermined, Shellfires most likely can stray on dry land, as their large and stumpy legs appear to be strong enough to support their massive weight.

It is currently unknown whether or not Shellfires can be trained, as Viggo's Shellfire, the only known individual, was so agitated that, after being captured and forced to battle a Submaripper and Dragon Riders by the Dragon Hunters, it immediately retreated to the ocean's depths, and has not been spotted since. That individual, however, is most likely not trainable due to its experiences with the Dragon Hunters.

Viggo Grimborn, his brother Ryker, and their fellow Dragon Hunters were able to capture one and used it for their secret project.

The Shellfire's existence is first implied in the episode "Twintuition", in which Viggo refers to a "Project Shellfire"; the silhouette of the dragon itself later appears at the end of the episode supporting a vessel made from dragon-proof metal.

Having become aware of Project Shellfire, Hiccup leads the Dragon Riders in an attack on Dragon Hunter Island in "Shell Shocked, Part 1" only to find it deserted except for an imprisoned Viggo, with Ryker having taken over Project Shellfire. The Shellfire is then used to attack Caldera Cay and the Defenders of the Wing before launching an assault on Berserker Island, at which point the Riders learn that the Shellfire is a dragon with a ship tied to its back.

Ryker subsequently takes the Shellfire and the Dragon Hunter fleet to Dragon's Edge in "Shell Shocked, Part 2", and due to the Shellfire's attack range, he is able to assault the riders from a safe distance while preventing them from counterattacking. Viggo is able to counter this by disturbing a Submaripper, the Shellfire's natural enemy, which attacks the Shellfire. This distraction allows the Dragon Riders to sink the rest of the Hunters' ships, and the impacts from the Submaripper manage to knock the ship off of the Shellfire's back, freeing it.

The Shellfire was introduced in this game with the update 1.36.10 as one of the game's Legendary dragons. It is the leader of the Grim Dragons, consisting of a Sentinel and a Rumblehorn. Once unlocked, it can search for items to complete the collections to unlock its underlings. 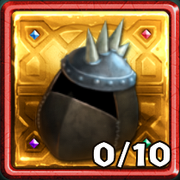 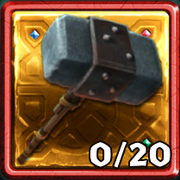 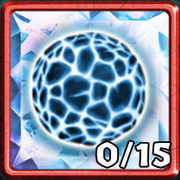 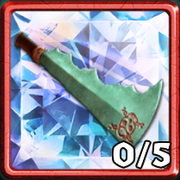 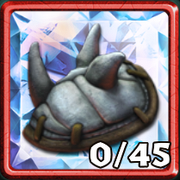 A wild Titan Wing Shellfire appears in this game in the Vanaheim area of the Mysterious Marshlands. It plays the role of a 'big boss' that the player must defeat in battle in order to advance in the game.

Two distinct Shellfires also appear as "World Alpha" clan opponents. One is the standard reddish-purple in color, while the second higher-starred Shellfire is a bluish-purple.