How to Train Your Dragon Wiki
Register
Don't have an account?
Sign In
Advertisement
in: School of Dragons, Locations, Franchise Locations,
and 3 more

Scuttleclaw Island was introduced in the game, School of Dragons, in the release of the Expansion "Battle for the Edge".

Scuttleclaw Island appears very similar to Glacier Island, with the exception of time of day. Scuttleclaw Island is seen at night with a partially cloudy sky and a full moon, whereas Glacier island is seen during the daylight. The island is rocky and covered in snow and ice. Only an arctic hare appears in recent games updates, other than dragons and saltwater fish that appear, and no plant life to speak of.

At least two species of dragons - the Scuttleclaw and the Flightmare - appear to make nests for their eggs in the cold snow.

In the expansion, "Battle for the Edge", the player must travel to Scuttleclaw Island to assist Astrid in fending off a Skrill that is harassing the resident Scuttleclaws and their nests. The player returns later to harvest ice in which Flightmare breath has been frozen to experiment with to help defend Dragon's Edge with.

Scuttleclaw Island appears again in the Expansion, "Rise of Stormheart". The player must meet Gobber to obtain several teeth from a Shivertooth. Fortunately the teeth are shed and collected from the dragon's nest. The teeth are used to create an Ice Axe to be used in the "Dragon Tactics" player activity.

Scuttleclaw Island also features in the School of Dragons expansion "Wrath of Stormheart". Nikora Stormheart's soldiers attack the island as a diversion while she takes over Auction Island.

During the Summarhildr event, Valka and the player take the Night Lights to meet a Titan Skrill on the island. When there was no sign of it, Valka notices that the Scuttleclaws aren't there either. They then find out that the island is now an outpost for the Warlords and retreat to tell everyone. The player and the Night Lights later return with Harald to retrieve some plans at the camp. After successfully retrieving them, they battle Griselda, who found out. 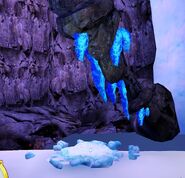 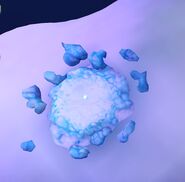 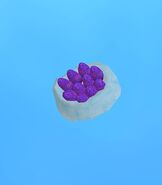