Royal Fireworm is a premium Fireworm that appears in Dragons: Rise of Berk as one of Gobber's dragons.

Royal Fireworm glows bright green in color. She has ten legs and a long tail. She has several yellow spikes on the end of her tail and several more on the back of her head. She has an thin, yellow nasal horn on her head and two, massive, yellow wings. 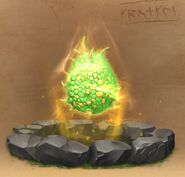 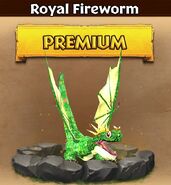 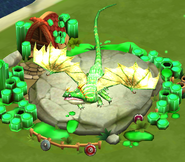 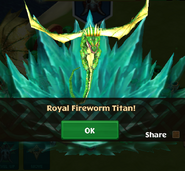 Retrieved from "https://howtotrainyourdragon.fandom.com/wiki/Royal_Fireworm?oldid=375662"
Community content is available under CC-BY-SA unless otherwise noted.