Rosethorn is a Triple Stryke that appears in the game Dragons: Rise of Berk.

Rosethorn is pale pink, with white wings and underbelly. She has golden fire-like patterns on her pale brown head appendages. She has golden spikes and claws. One of her tails is white, one is pink and one is golden. Her stings are dark dark pink, just like her eyes. 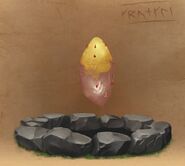 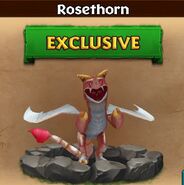 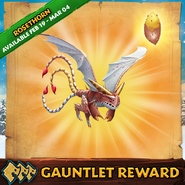 Retrieved from "https://howtotrainyourdragon.fandom.com/wiki/Rosethorn?oldid=531037"
Community content is available under CC-BY-SA unless otherwise noted.