How to Train Your Dragon Wiki
Register
Don't have an account?
Sign In
Advertisement
in: Tribes, Franchise Tribes, School of Dragons

The Refugee Tribe is a group of refugees of an unknown tribe who were forced to flee from their home due to attacks from the Warlords.

Rescued from the Warlords

At some point before the events of School of Dragons, this group of refugees were attacked by the Warlords, forcing them to leave their current home. After hearing about Berk's first encounter with Grimmel the Grisly, the Defenders of the Wing discovered these refugees attempting to flee from the Warlords' ships. Very few of the refugee ships remained, with most having been either wrecked or burned. Knowing that the refugees would likely be unable to survive the onslaught for much longer, Dagur the Deranged and Mala summoned the player to Impossible Island and briefed them on the situation. The player joined them in their attempt to defend the refugees.

After speaking with the refugees, the player, their dragon, Dagur, and Sleuther entered into battle with the attacking Warlords. After successfully beating them, Dagur and Sleuther distracted the Warlord soldiers while the player led the remaining refugee ships bearing the refugees to Mala so that they could be taken to a safe location. 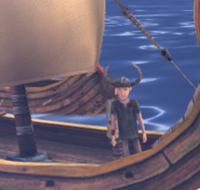 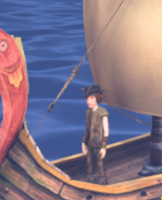 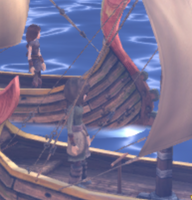