How to Train Your Dragon Wiki
Register
Don't have an account?
Sign In
Advertisement
in: Animals, School of Dragons, Dragons: Rise of Berk,
and 3 more

Rabbits are small herbivorous mammals with powerful hindquarters, and are known for using hopping to get around. A Bunny is the term for a baby rabbit. Rabbits are wild animals, but have been domesticated since the Roman Era. Most domesticated rabbits are derived from the European Rabbit (Oryctolagus cuniculus). Vikings would have come across this species in the Southern portions of Scandinavia. Contrary to popular belief, rabbits are not rodents, but rather belong to the Order Lagomorph along with Hares, and Pikas.

A rabbit stone sculpture is a seasonal decoration that can be bought around spring from the seasonal market. It costs 600 Thawfest Pennons.

A "Bunny Bosk" decoration is available for player purchase during Spring, featuring rabbits making a home in a copse of trees. 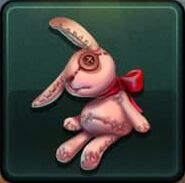 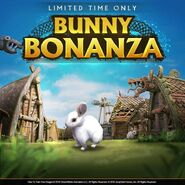 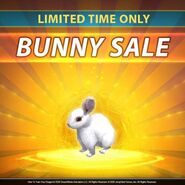