Pines, or Pine Trees, are trees seen frequently in the background in the DreamWorks Dragons Franchise.

The Pine Family (Pinaceae) are typically single-trunk evergreen trees that are native to many cool locations in the Northern Hemisphere, though they have been introduced to temperate and even tropical climates as well. They are known for their strong 'pine' scent, leaves in the shape of needles that stay on the tree all year round, and their reproductive organs - the pine cone. The Pine Family includes groups such as spruces, firs, junipers, larches, and pines (Genus Pinus).

The reproductive structure of pines and other conifers is the 'cone'. There are male cones and female cones, but the latter is the one people are most familiar with. They vary in shape based on species, but all generally have a rounded 'cone' shape. Cones are composed of woody 'scales' that may be held together tightly or spread out with spaces in between. Seeds develop at the base of certain scales, once fertilized with pollen from a male cone.

The primary use of pines seen in the Franchise is medicinal, specifically pine sap. In actuality, there have been many uses for pine in herbal medicine, most notably due to the needles' high Vitamin C content. The needles are edible and often used to flavor drinks. The inner bark and the seeds of some species - pine nuts - are also edible. The human character Elbone is seen eating a pine cone, presumably for the seeds.

Historically, pine tar and pitch has been manufactured from pine resin, which is used to water-proof ships and as a flammable agent for fires. Branches of needles and pine cones can be used as decoration. The wood is used extensively as it is cheap and the trees relatively easy to grow.

Though no longer directly an organic product, amber is fossilized resin from evergreen trees, including pine trees. Baltic Amber from the resin of Pinus or Sciadopitys conifers some 44 million years ago produced a valuable commodity for the Vikings. 'Raw' and 'Polished' amber is seen in the game, Dragons: Rise of Berk

In the episode "The Terrible Twos", Hookfang crashes into trees during a training mission, reemerging with pine cones stuck to Snotlout's helmet. Pine branches have also been shoved up his nose. Astrid teases that it's a good look for him.

In the episode, "Bad Moon Rising", Tuffnut stumbles into a training session of Stormfly's, and almost gets hit with her spines. He is covered with bites and scratches and bits of plants caught in his hair, including pine cones.

In the episode, "Heavy Metal", Elbone is seen briefly walking in the forest of Huttsgalor where he finds a pine cone. He then takes a bite out of it.

Elbone again has a pine cone, possibly for eating, in "Iced Out". He carries it in his pack on a trek to the Icy Northern Tip of Huttsgalor.

In the player Quest, "Pine Cone Weather Station", the player collects pine cones and uses them to predict the weather. Humidity in the air causes the scales on a pine cone to close, indicating rain or a storm may be on the way.

In the quest, "A Slick Solution", Eret reveals that sailors use pine tar to waterproof their ships.

Pine cones are used to make a simple sun dial in the Quest, "Rumbling Docks and Sun Dial Clocks".

Polished and Raw amber was introduced to the game in December 2017, as a new player activity. The player collects 'raw' amber from releasing dragons, searching with legendary dragons, or other special activities, then uses it to produce 'polished' amber. The 'polished' amber can then be used to purchase decorations for Berk.

A seasonal decoration called Vernal Spring, which contains several pine trees. The decoration can be bought for 350 Beltane Butterflies and takes 3 hours to be built.

Pine cones are seen adorning the Snoggletog finery on Snoggletog Toothless, especially on his head and neck decorations.

Pine sap in "No Dragon Left Behind" 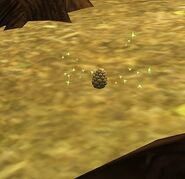 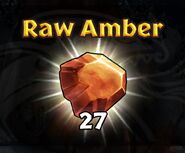 Amber in Dragons: Rise of Berk 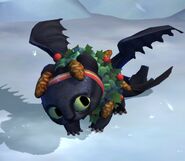 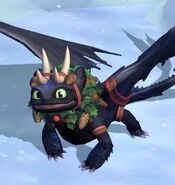 Retrieved from "https://howtotrainyourdragon.fandom.com/wiki/Pine_(Franchise)?oldid=559662"
Community content is available under CC-BY-SA unless otherwise noted.