How to Train Your Dragon Wiki
Register
Don't have an account?
Sign In
Advertisement
in: Tribes, Book Tribes, Outcasts,
and 2 more

Member(s) in the Books:

The Outcast Tribe is a Viking tribe first introduced in Book 2, How to Be a Pirate.

Their founder is the Royal Chief, Thugheart. Thugheart was the treacherous and barbaric son of Grimbeard the Ghastly. Most of the members of the Outcast Tribe, however, are derived from other Viking Tribes who were exiled from their tribes of origin, hence the name 'Outcast'.

Cannibalism: Outcasts are savage and cannibalistic Vikings. They are always at constant war with the other tribes and feared by many, due to their acts of enslaving rival tribes and eating the rival tribe's chief and his heir. Ingesting the flesh of a chieftain and his descendant is considered a sign of honor.

Personal Adornment: Most Outcasts adorn themselves with jewelry, as well as tattoos, and very stylized helmets. Many also file their teeth to points.

Outcastese: Despite being considered Vikings, which speak Norse, Outcasts have their own language called "Outcastese" that "sounds very much like the barking of a dog."

Hair: As with the Hairy Hooligan Tribe, hair - especially facial hair on men - appear to be a symbol of status and masculinity, and is very important to the Tribe. In How to Speak Dragonese, Alvin the Treacherous describes returning to the Outcasts after having all his hair burned off by the Monstrous Strangulator's stomach acid. Despite being the chief, he is shunned and outcast himself from the Outcasts.

Toothless suspects Alvin the Treacherous is an Outcast. Later, as the Hairy Hooligans are returning home with Grimbeard's false treasure, they are caught by the Outcasts, where Alvin revealed his true identity to the Hooligans as the Royal Chief of The Outcasts. They chain the rest of the tribe, and prepare to kill Stoick and Hiccup, when Toothless frees the rest of the Hooligans, and a battle erupts. However a huge fire spreads across the ship and both tribes escape. Later, when Hiccup, Fishlegs, and Toothless return to the Isle of Berk, Stoick explains they dropped the Outcasts back at the Outcast lands. The cannibals swore revenge on the Hooligans.

Alvin mentions that when he returned to the Outcast Lands, they refused to have him as their Royal Chief, because the poison in the Monstrous Strangulator destroyed Alvin's hair, a bald Viking is something against their taboos. He was exiled and made an Outcast of the Outcast Tribe; an Outcast. Since Alvin's maternal grandfather was a Roman, Alvin became the Thin Prefect of Rome.

It is revealed by Excellinor the Witch, that when Grimbeard's rebellious and traitorous son, Thugheart, was exiled for tricking his father into killing another of his sons, Hiccup II, went far to the lands on south where all the other exiles, rebels and mutineers were sent to, he became their leader and started the Outcast Tribe. Since Alvin is an Outcast, and Hiccup is a Hooligan, (The Hooligans are descended from another of Grimbeard's sons, Chucklehead) this means that both Hiccup and Alvin are distant relatives.

he Outcasts participate with the other tribes in Flashburn's School of Swordfighting Tournament. Excellinor has managed to use her powers to convince the Outcasts to make Alvin their chief again. 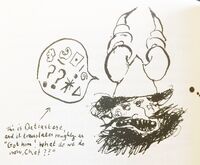 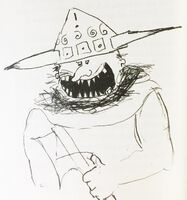 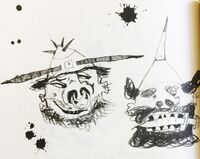 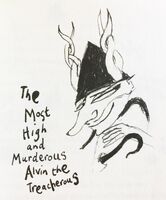 An Outcast ship, the Hammerhead 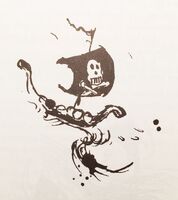