Nightwatch is a Night Terror who first appeared in "Team Astrid".

Nightwatch is of a grayish brown hue and has hints of orange on the edge of its wings and back. It has a pale grey underbelly.

Nightwatch is portrayed as a solitary, independent dragon, which is a rather unusual trait for Night Terrors as they usually function as a group to scare predators and make up for their small size. 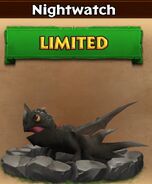 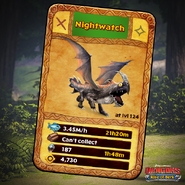 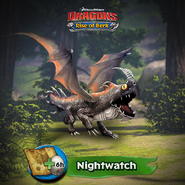 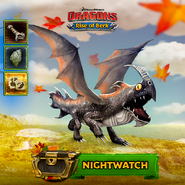 Retrieved from "https://howtotrainyourdragon.fandom.com/wiki/Nightwatch?oldid=530607"
Community content is available under CC-BY-SA unless otherwise noted.