Mouselegs appeared in the Game, How to Train Your Dragon for the Nintendo DS, 360, and Wii.

About one year after the defeat of the Red Death, the teenagers of Berk are training and completing tasks to compete in the Dragon training tournament on Thors'day Thursday. Astrid or Hiccup (depending on which character the player chooses) run into Mouselegs in the Marsh. Mouselegs asks them for help training his dragon, since the Gronckle is not listening to him. Astrid or Hiccup fight their dragon with his as a teaching lesson. 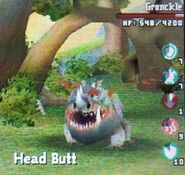 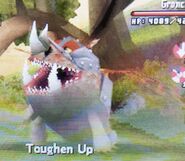