Mopey-Slick is a Submaripper that appears in the game Dragons: Rise of Berk.

Mopey-Slick is pale grey with a white underbelly and black shades on his wings. He is blind with his right eye, which has a large and deep scar over it. His other eye is dark pink. 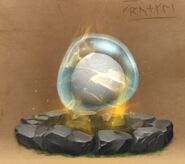 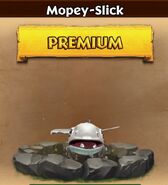 Retrieved from "https://howtotrainyourdragon.fandom.com/wiki/Mopey-Slick?oldid=531003"
Community content is available under CC-BY-SA unless otherwise noted.