How to Train Your Dragon Wiki
Register
Don't have an account?
Sign In
Advertisement
in: Plants, Human Food, School of Dragons, Dragons: Titan Uprising

Mint is a hardy plant seen in the DreamWorks Dragons Franchise.

Mint referred to the somewhat muddled species and hybrids in the Genus Mentha in the Family Lamiaceae (also called the Mint Family). One major species native to Europe and Asia, but naturalized to most of the other parts of the world, is Spearmint (Mentha spicata). Spearmint is a perennial (grows back year after year from dying back in winter) with broad pointed leaves that have ridged edges. The plants have a spike of small pink or white flowers. Most notable to gardeners is their vigorous spreading by underground rhizomes - specialized stems. One popular mint is peppermint (Mentha piperita or Mentha × piperita), is actually a hybrid between Spearmint and Watermint (Mentha aquatic). It is known for its high levels of menthol, a compound that gives mint its cooling sensation.

In both reality and in the Franchise, Mint is used for food and as herbal medicine. Mint is known widely for soothing the stomach and for respiratory illness. As seen in one Farm Job in School of Dragons, honey and peppermint is needed to make a soothing tea for Astrid who is feeling ill. Mint can also impart a numbing sensation. It is used in a Farm Job asking for peppermint, toothache plant, and oddly, corn to help with Snotlout's toothache. In yet another Farm Job, peppermint is used as part of a dragon rash ointment.

Some mints have also been used as a pest repellent and deodorizer. This is illustrated in a School of Dragons Farm Job asking for peppermint and Arctic Willow to counteract Spitelout's malodorous feet.

Peppermint is a crop available for the player to grow on their Farms and harvest to complete Farm Jobs for rewards. A bag of peppermint seeds costs 36 coins and yields 3 plants after 12 minutes.

Mint also appears in the player Quest, "A Sickly Dragon". In this Quest, the player is asked to assist Valka in helping Thornado, who seems to be feeling ill. Ultimately the player brings mint tea to Valka to treat the dragon for a stomach ache.

Mint is mentioned in the description of Target Sheep in the game. Specifically the smell of the food item 'mint jelly'. 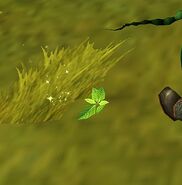 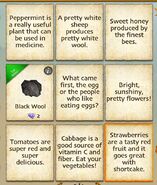 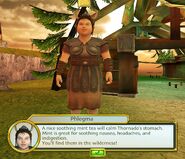