Junior Tuffnut Junior is a Gronckles that originated from Dark Deep, and they were all named by Tuffnut.

Encounter with Hiccup and Fishlegs

Junior Tuffnut Junior and its comrades first encountered Fishlegs, Meatlug, Hiccup and Toothless shortly before they were ambushed and chased away by a Catastrophic Quaken on Dark Deep in the episode, "Quake, Rattle and Roll". Junior Tuffnut Junior, along with its friends Junior Tuffnut and Tuffnut Junior were temporarily relocated to Dragon's Edge, much to the annoyance of the other Dragon Riders. The Twins were placed in charge of them while the other Dragon Riders devised a plan to make Dark Deep more hospitable for them. Later, they returned to Dark Deep and befriended the tormenting Quaken, who had become more welcoming thanks to Fishlegs and Meatlug.

Junior Tuffnut Junior is a blue Gronckle with a pale belly and green knobs on its body. As with most Gronckles, it has yellow eyes.

In the game, Dragons: Rise of Berk, Junior Tuffnut Junior is depicted as being purple.

In "Quake, Rattle and Roll" 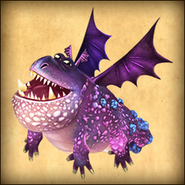 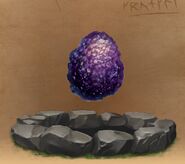 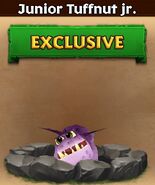 Retrieved from "https://howtotrainyourdragon.fandom.com/wiki/Junior_Tuffnut_Junior?oldid=434381"
Community content is available under CC-BY-SA unless otherwise noted.