How to Train Your Dragon Wiki
Register
Don't have an account?
Sign In
Advertisement
in: Clans, Hiccup Horrendous Haddock III (Franchise), Valka,
and 8 more

House Haddock (also know simply as the Haddocks), are a family of Vikings of the Hooligan tribe of Berk. The Haddocks were chosen as the chiefs of the tribe.

Three years after the First Berserker War, Hiccup was ordered by Stoick to represent the Haddocks at a wedding between the Jorgensons and Hoffersons on the Island of Friga. ("Snotlout Gets the Axe")

Hamish I and Hamish II 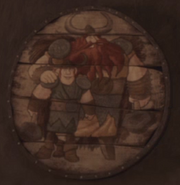 Stoick and his father 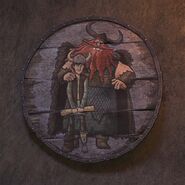 "We must protect the dragons."

The Art of How to Train Your Dragon: The Hidden World