How to Train Your Dragon Wiki
Register
Don't have an account?
Sign In
Advertisement
in: School of Dragons, Objects, Franchise Objects, In-Universe Books

Contain notes on the defenses and ways of the Dragon Hunters

Heather's Notebook is a notebook kept by Heather that contains information on the defenses and ways of the Dragon Hunters.

Lost and Found on Glacier Island

During Heather's time acting as a spy within the ranks of the Dragon Hunters, she recorded notes on their defenses and ways in her notebook. However, at some point before the events of School of Dragons, likely during the events of the episode "Snow Way Out," Heather dropped the notebook on Glacier Island and left it behind.

Later on, while looking for ways to help defend Dragon's Edge from the Dragon Hunters, Heather remembered her notebook and where she had last seen it. She called the player to Glacier Island to help her look for it. While searching for the notebook, Heather and the player found it resting in an ice cave next to an injured Snow Wraith. After successfully healing the Snow Wraith with the aid of a Helpful Prickleboggle, the player was able to grab the notebook and return it to Heather. 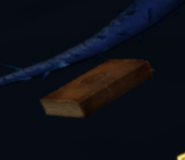 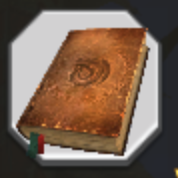