How to Train Your Dragon Wiki
Register
Don't have an account?
Sign In
Advertisement
in: Dragons: Rise of Berk, Dragons, Dragon Hybrids and Subspecies,
and 3 more

Hailstrom is a Night Terror subspecies that appears in the game, Dragons: Rise of Berk.

Hailstrom are dark blue dragons with light blue underbellies, wings, spikes, and claws. They have white stripes on the sides of their bodies and on their legs. They also have purple eyes. 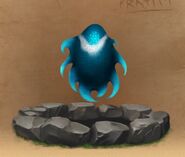 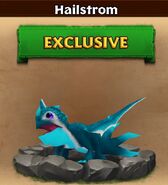