Guslout is a Shovelhelm who was trained by Snotlout and Gustav. He made his first appearance in the game, Dragons: Rise of Berk.

Guslout has the appearance of a normal Shovelhelm. However, he is red in color with a white belly, unlike the Shovelhelm's usual green or aquamarine color. He has red wings and a red tail fin. The crest on the back of his head is red as well. 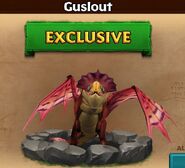 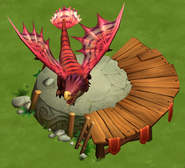 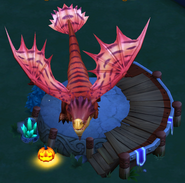 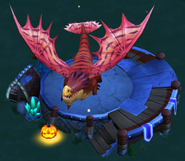 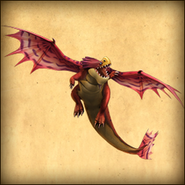 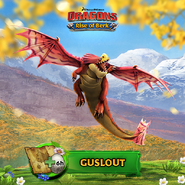