Grimora is a type of fictitious parasite introduced in the Dragons: Race to the Edge, Season 3, episode, "A Grim Retreat". Grimora are revisited in the game, School of Dragons in the expansion "Rise of Stormheart".

Grimora is a parasitic creature that appears about the size of a tiny mouse. It has a short tubular red body with a blunt tail. It has dragon-like wings and a gray head section that appears to have gill slits. It has a round, sucking, radial mouth filled with rows of teeth around the interior, similar to that of a Whispering Death. There appear to be no eyes. The Grimora are described as leeches, which are invertebrates. However, the appearance of their wings, suggests at least some sort of internal structural component. The School of Dragons iteration of Grimora shows small spiky leg-like limbs — four on each side. Eight legs are a feature seen in Class Arachnida, which incidentally includes many parasites such as ticks and a variety of mite species. Overall though, the Grimora's general appearance, mouth, in particular, is reminiscent of lamprey fish.

Lampreys are jawless, eel-like creatures with an internal skeleton of cartilage. That said, they do not have vertebrae, but instead, have another structure just above the notochord called the "arcualia". They have fins but lack pectoral fins. Lampreys are well-known for their parasitism of fish and have round mouths full of teeth. They attach to the flesh of their prey and bore into their body until they reach blood or other body fluids to feast on. To note: only some species of lamprey are parasitic, while others do not feed at all in their adult stage. Lamprey also spawns and spend their larval stage in freshwater. After metamorphosing into their adult form, they may migrate to the sea or into lakes. This parallels the Grimora in that they prefer freshwater. There are some species of lamprey, however, that live in the ocean as adults. One other similarity between lampreys and Grimora is that some lampreys have toxic mucus and serum and must be thoroughly cleaned and cooked before eating. Lamprey is otherwise very edible, and is said to be very "meaty".

Apparently, also mentioned in the School of Dragons, Grimora can live in vernal pools - temporary pools of water. A collection of vernal pools appear on Hobblegrunt Island. Somehow Grimora is able to migrate to the area and inhabit these temporary pools.

Salt appears to be the Grimora's weakness, though as seen in "A Grim Retreat", it does not kill them outright. It is unknown why the creatures dislike salt, and subsequently saltwater, but their aversion brings to mind slugs. When salt or a strong salt solution is applied to slugs, these invertebrates will have the water drawn out of their bodies by osmosis, dehydrating the creature.

Grimora presumably feed of a dragon's blood, though it is not specifically stated in the episode, "A Grim Retreat". It is also not mentioned if they prey on other animals, or just dragons. They seem to prefer to attach themselves around the head, neck and shoulders, of dragons. It is also possible Grimora release a numbing agent to prevent dragons from being aware they are being bit, like a tick.

Once attached, according to Fishlegs, the Grimora produce a toxin that increases wildness in dragons. This toxin takes a while — at least several hours to half a day or so — to start effecting a dragon. The very first symptom, however, is increased itching and scratching around the head and neck, presumably from the presence of feasting parasites.

Once the Grimora toxin effects the dragon's behavior and nervous system, the pupils constrict, sometimes unequally (Anisocoria). The toxin also causes hypersalivation. The saliva is thick and glowing and varies in color from dragon to dragon, apparently depending on the color of their breath (for example, Toothless' saliva becomes glowing purple, like that of his plasma blast). It is interesting to note that when the dragons ate glowing algae, their bodies glowed in similar colors (seen in "Fright of Passage").

Behaviorally, the dragon becomes aggressive and highly driven to hunt. Tame dragons may turn on their riders and hunt them doggedly. Infected dragons don't seem to attack each other, but appear willing to attack non-infected dragons. Dragons also appear to develop hydrophobia — fear of water — especially to salt water, even though the same dragon uninfected with Grimora may enjoy the water. This is likely due to the fact that salt is said to neutralize the Grimora's toxins.

The disease created by the Grimora toxin in some ways mimics Rabies, though Rabies is caused by a virus, not a toxin. The virus causes inflammation in the brain and multiplies in the saliva glands, both of which can cause a variety of additional effects. Rabies disease can be described as "furious" or "dumb", with the "furious" form being more common. The infected animal displays erratic and at times aggressive behavior and tends to bite more, thereby transmitting the disease. The "furious" state also produces excessive salivation and sometimes hydrophobia. The "dumb" form is so-called because the infected animal is partially paralyzed and can't do much. It is possible that the Grimora toxin causes some inflammation in the brain.

Treatment for Grimora infection is simply driving away the parasite with salt or salt water. The toxin it produces does not appear to be very stable, as the effects diminish immediately after the parasite leaves. It is unknown what the fate is of a dragon that is unable to remove Grimora.

As seen in School of Dragons, the Grimora toxin has been weaponized by humans (Nikora Stormheart) into a gaseous form. In some unknown manner, she is able to extract the venom from Grimora. The venom is portrayed as a green substance. Stormheart has also devised a way to aerosolize it into a purple-colored gas, allowing the venom to enter a dragon's body through non-traditional means — a Grimora's bite on the skin. In a gaseous form, the venom can enter through the nose and enter the lungs, as well as through the mouth and the mucous membranes in the nose, mouth, and eyes.

Once the venom gas enters a dragon's body, the disease symptoms are similar to those mentioned above from being directly envenomated by a Grimora, including hypersalivation and aggressive destructive behavior. However, treatment with salt or salt solution externally is not effective as with direct parasite envenomation.

In School of Dragons, Heather invents the microscope, and studies a sample of saliva from an infected dragon with it. She observes active venom "particles". She also observes a sample from Fishlegs that came from a dragon that had previously been infected with Grimora venom.

To Note: Venom is one or more biomolecules that targets other living things. The venom seen in School of Dragons is portrayed more as a infectious agent such as bacteria. Molecules, no matter how large, cannot be seen under a simple light microscope. Should Grimora 'venom' actually be an infectious agent in which the Grimora is a carrier, this opens up an entirely different avenue of speculation. Most likely, however, the game was merely simplifying a complex topic.

Heather's statement implies that there is some resistance to infection when the Grimora toxin is injected through the skin. This may simply be because the skin's primary function is to serve as a barrier to foreign substances for the body. Entry through the skin may also allow the body some time to mount an immune response to the antigen. This is opposed to the venom entering the body 'directly', straight into lungs, mucous membranes, and other areas where the body may not have as much time to mount a defense.

The extraction and use of Grimora venom outside of the parasite itself as seen in School of Dragons suggests that the venom is much more stable than is suggested in "A Grim Retreat". However, it is possible that Stormheart may use some sort of preservative chemical or process to make it last longer. This is not mentioned in any way thus far in the franchise however.

In School of Dragons, Fishlegs indicates that the Grimora toxin itself is susceptible to inactivation by salt, rather than salt only being effective against the parasite itself.

Later, Hiccup devises a syringe and Heather concocts a saline solution. Once the salt water is injected into the infected dragon, the toxin is inactivated and the dragon returns rapidly back to normal, albeit very tired and worn out. Presumably the idea is to make the dragon 'salty' enough to inactivate the toxin.

To Note: Simply injecting salt water into a creature is not advised in real life, as there are a multitude of considerations and concerns ranging from sterility issues to upsetting electrolyte balance, which in turn effects neurological function among other things.

The long and short of disease created by direct exposure to Grimora venom is longer duration of symptoms and greater difficulty treating the infected dragons.

The Grimora has no function other than being a dragon parasite. However, they are used directly and indirectly in School of Dragons as a method of dragon control. Actual control is limited, but the Grimora and their toxin can be used to incite aggressive behavior in dragons and be generally directed at an enemy.

The creatures known as Grimora are introduced in the episode "A Grim Retreat". The Dragon Riders travel to an island for vacation, but instead find their dragons succumbing to their effects. The Riders also discover the Grimora's distaste for salt and uses it to cure their dragons.

Grimora first appeared in this game at the release of the expansion, "Rise of Stormheart". The Grimora and their venom figure prominently in the quests exclusive to this expansion.

Grimora appear briefly again in the expansion "Wrath of Stormheart", when Nikora releases them at Vanaheim and infects some of the Sentinel dragons stationed there.

In "A Grim Retreat" 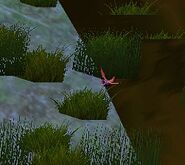 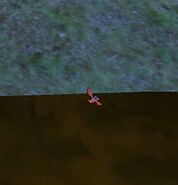 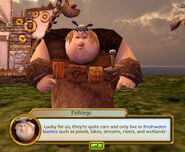 Retrieved from "https://howtotrainyourdragon.fandom.com/wiki/Grimora?oldid=584529"
Community content is available under CC-BY-SA unless otherwise noted.