The Green Death was a Seadragonus Giganticus Maximus dragon who figured prominently in How to Train Your Dragon.

Over the next millennium, Merciless became the Green Death, a terror of the sea. He had been at sea so long, that legends told he had forgotten his old life as Merciless.

The Green Death arrives on Long Beach on the Isle of Berk with a smaller Seadragonus Giganticus Maximus who he eats later on.

Hiccup is sent to meet with it and asks if it comes in peace or war as he is the only one who can speak Dragonese. When Hiccup says his name the dragon shivers subconsciously it seems however that Hiccup did not notice it nor did the Green Death itself. The dragon says he comes in peace but that he's still going to eat them all regardless. The Green Death and Hiccup discuss Singing Suppers, but during the conversation the Green Death moves in to eat Hiccup. Just as this happens the Green Death yawns, and decides he's too tired to eat Hiccup right now, stating that he should come back in a few hours to be eaten. Hiccup then leaves and tells the tribe that the Green Death, while coming in peace, will still eat them.

In the epilogue of Book 1, an Older Hiccup recalls the Green Death singing the Supper's Song after death.

The Green Death is an extremely large, green Seadragonus Giganticus Maximus. He is compared to the Unnamed dragon of the same species who also washed ashore on Berk.

Stoick further describes the Green Death's size during a Council of War:

The book goes on further to describe the Green Death's skin, size, and color. He is covered with barnacles which form a sort of natural armor.

The Green Death is so large that he also has "twenty-foot back teeth" and his yellow eyes are "as big as six tall men". His breath is also extremely pungent:

The Green Death's claws are both massive and also retractable like a cat's.

The Green Death is noted to have a roar so loud, it can kill small creatures instantly from fear.

His fire is "bright green" and he seems to have excellent control and precision about where the fire lands and in what pattern.

The Green Death's talons are extremely large yet extremely precise; despite their size, the Green Death is able to separate the spine from a sheep or human vastly small than himself, or even rip the clothes from a person without harming the human. 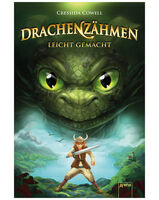 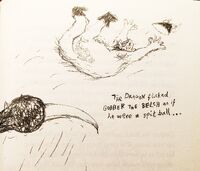 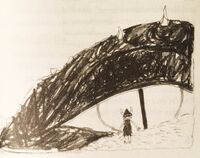 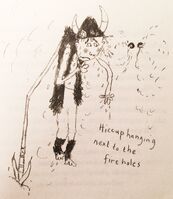 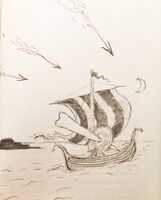 Tooth in Stoick's Shield
Add a photo to this gallery

Retrieved from "https://howtotrainyourdragon.fandom.com/wiki/Green_Death_(Books)?oldid=759272"
Community content is available under CC-BY-SA unless otherwise noted.