Gravedigger is a Premium Whispering Death that appeared in the game, Dragons: Rise of Berk.

Gravedigger is dark red with brown spots and has black or non existent eyes with spikes and teeth that are dark gray. Unlike its species, instead of a nasal horn, it has a bioluminiscent protuberance, similar to an Angler Fish. 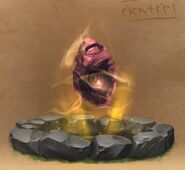 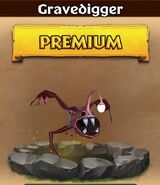 Retrieved from "https://howtotrainyourdragon.fandom.com/wiki/Gravedigger?oldid=432970"
Community content is available under CC-BY-SA unless otherwise noted.