Furnace is a Premium Thunderpede that appeared in Dragons: Rise of Berk as one of Gobber's dragons.

Furnace, unlike most Thunderpedes, has a rather unique body and coloration. Furnace's mouth glows bright orange and he has two large fangs on his lower mandible. His skin resembles molten lava, it is dark red with crack in it. His skin glows orange from beneath the crack, resembling lava. His paw pads glow the brightest. His underbelly is dark grey and resembles rock, along with several spikes on his head. 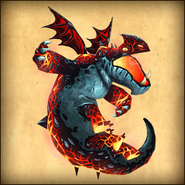 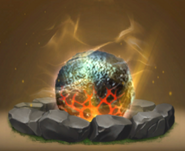 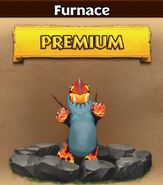 Retrieved from "https://howtotrainyourdragon.fandom.com/wiki/Furnace?oldid=374474"
Community content is available under CC-BY-SA unless otherwise noted.