watch 01:50
Wiki Targeted (Entertainment)
Do you like this video?
Play Sound

King of the Dragons (formerly, before death)

Luna
All of the Red Rage Dragons

Furious is the younger dragon-brother of Hiccup Horrendous Haddock II who grew up with him with the Grimlers. He appears in How to Break a Dragon's Heart and the following books. His fire is believed to be the darkest of any dragon's breath. It is explosive when it comes in contact with an object. Before the events of the story, Furious was adopted by the two Grimlers who adopted Hiccup the Second. They grew up together and were caught by a Hooligan hunting party. While growing up with his human father, Hiccup the Second branded his forehead with the Dragonmark to show his brotherly love for Furious. After Hiccup the Second reached manhood, he asked Furious to lead the First Dragon Rebellion. When the petition arrived, Grimbeard the Ghastly thrust the Stormblade forward, but Furious jumped in front of Hiccup the Second, earning him the scar on his chest. Though Furious jumped in front of Hiccup the Second, Grimbeard still successfully drove the Stormblade through Hiccup the Second's chest, killing him. Moments before Hiccup the Second's death and after Grimbeard realizing he was actually betrayed by Thugheart, Furious attempted to kill the king in revenge but was stopped by Hiccup the Second who told Furious he didn't want his father's blood on his hands. Then Furious grabbed Hiccup the Second's corpse out of Grimbeard's arms and buried him on the Bay of the Broken Heart, shortly after Furious was caught by Grimbeard's men and imprisoned in Berserk.

100 years later, Furious was freed by Hiccup Horrendous Haddock III, but shortly after he betrayed him for Hiccup made him promise "Cross my heart and hope to die" but later Furious said that his heart was broken therefore his promise can't last. Then he started a dragon rebellion against humanity, telling Hiccup if he reached manhood it would be the end of dragons.

When Furious and his dragon army arrive, the war begins, but Hiccup has been exiled from his tribe because he has the Slavemark. Hiccup then seeks out to search for the Dragon Jewel, which is believed to put an end to the war.

Scramble for the Dragon Jewel

In the next book, Furious sends a Triple-headed Deadly Shadow dragon to kill Hiccup. However, the dragon did not after learning the boy helped them reunite with Fishlegs, who is the son of their former rider. After the betrayal, Furious vows to kill Hiccup himself. Hiccup, realizing the danger, flees to a secret hideout the Deadly Shadow dragon shows them and hides there from Furious.

The Dragon Furious begins the book by searching all over the lands for Hiccup, destroying every place he searches. In the beginning, he nearly manages to catch Hiccup when they try to rescue Snotface Snotlout. Hiccup somehow escapes on the invisible Deadly Shadow, and Furious torches the land around their underground treehouse, in a rage to kill him. He stops, however, when he makes a deal with the Wodensfang to leave them be until Doomsday Eve if the Wodensfang agrees to steal the Dragon Jewel from Hiccup and give it to Furious, so that they may engage in a duel to the death on Doomsday Eve. While striking the deal, Toothless is present, and he is revealed to be a Seadragonus Giganticus Maximus, much like the Wodensfang and Furious.

Hiccup Horrendous Haddock The Third is presumed dead by both dragonmarkers and Alvinsmen yet Furious knows otherwise. He sends an army of Sand-Sharks to come and kill Hiccup. Once it does not work, he sends Luna, his second in command, to gather a brutal army of dragons to rip him to shreds. Not even that worked, as The Deadly Shadow pretended to be the dragon guardians. He threatens the humans on the bay of Tomorrow, saying he will kill whoever becomes king. When Hiccup becomes King, he is forced to ride out to meet Furious, in which he is knocked down and is about to die when they find the Dragon Jewel. This blinds him with fear, and he held back his fire and thunderbolts. They strike a deal, when the Witch Excellinor and Alvin The Treacherous Interfere, they steal the jewel and try to break it, but to no use. This strikes into a full on battle, in which Alvin dies. Furious finally calls off the rebellion. The witch, who watched her beloved son die, comes in with The Stormblade that has been poisoned to stab Hiccup, Furious blocks it. Hiccup tells him his plan to save the dragons in Furious's final moments, before he takes his last swim away from Tomorrow, and joins Hiccup Horrendous Haddock the Second. 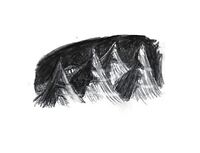 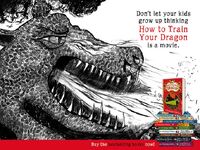 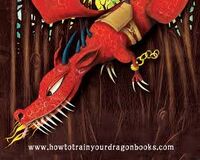 A possible picture of the Dragon Furious from the UK cover of Book 8. However, Furious is said to be green in Book 8, and blue in Book 9, never red.
Add a photo to this gallery

Retrieved from "https://howtotrainyourdragon.fandom.com/wiki/Furious?oldid=771732"
Community content is available under CC-BY-SA unless otherwise noted.