Frostbiter is a Sandbuster that appears in the game, Dragons: Rise of Berk.

Frostbiter is dark blue with lighter spikes, teeth and patterns on wings. Its eyes are also light blue.

Based on the official description. Frostbiter is a very effective hunter. It appears to bake a burrow under snow, rather than caves and sand as other Sandbusters do. 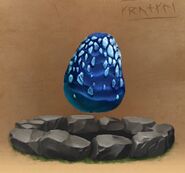 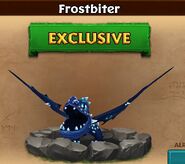 Promo image for another event 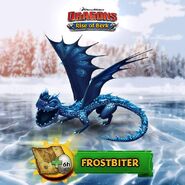 Retrieved from "https://howtotrainyourdragon.fandom.com/wiki/Frostbiter?oldid=530870"
Community content is available under CC-BY-SA unless otherwise noted.