Unlike most Shockjaws, this individual is green in color, with lighter ring-like patterns, resembling leopard spots, along its body. Its underbelly is pale beige and the tendrils on its jaw glows a shade of yellow faintly. Its dorsal fin is also pale yellow, along with its wings, which recede into a darker shade of orange towards their edges. Its wings also has several large dark red spots. 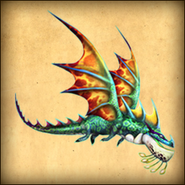 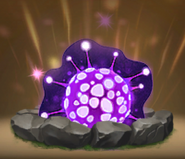 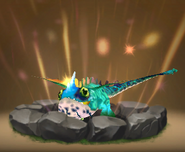 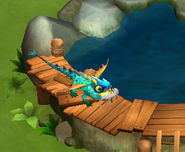 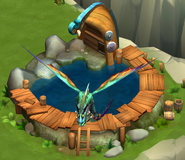 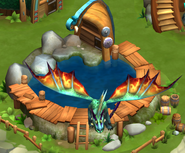 Retrieved from "https://howtotrainyourdragon.fandom.com/wiki/Exotic_Shockjaw?oldid=527695"
Community content is available under CC-BY-SA unless otherwise noted.