Executie is a Deathgripper that appears in the game, Dragons: Rise of Berk.

Executie is black with blood red plates, pincers, and claws. She has white patterns on her head and plates, and white stripes on her chest and hind limbs. Instead of one, Executie has five stingers at the end of her tail, curved in a shape like to a human hand. She has a single red stripe around her mouth in a pattern similar to lipstick. Her eyes are icy blue. 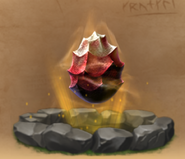 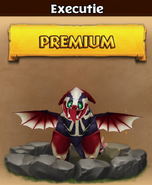 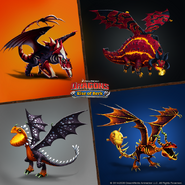