Eruptodon Island was first introduced in the game, School of Dragons, in the release of the Expansion "Return to Dragon Island". Later the game Dragons: Rise of Berk also released Eruptodon Island as a searchable location.

Eruptodon Island is a volcanic island with an active volcano, presumably kept in check by a resident Eruptodon. It is rocky, presumably with basalt and other volcanic rock, and dark. There is red, purple, and orange glow around various parts of the island. There does not appear to be any other flora or fauna.

The island is also surrounded by smoke or mist and is rather dark, presumably because of volcanic ash in the air.

After completing several more quests, the player is rewarded with the adult "trained" Eruptodon.

Eruptodon Island appeared as a location searchable by both Toothless and the Light Fury in February 2019. 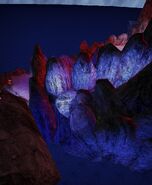 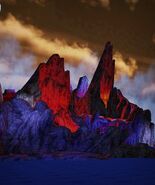 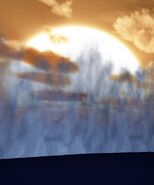 Retrieved from "https://howtotrainyourdragon.fandom.com/wiki/Eruptodon_Island?oldid=512261"
Community content is available under CC-BY-SA unless otherwise noted.